Emojis are everywhere and they’re changing how we communicate

In the shorthand of digital communications, emojis are a visual way of conveying emotion 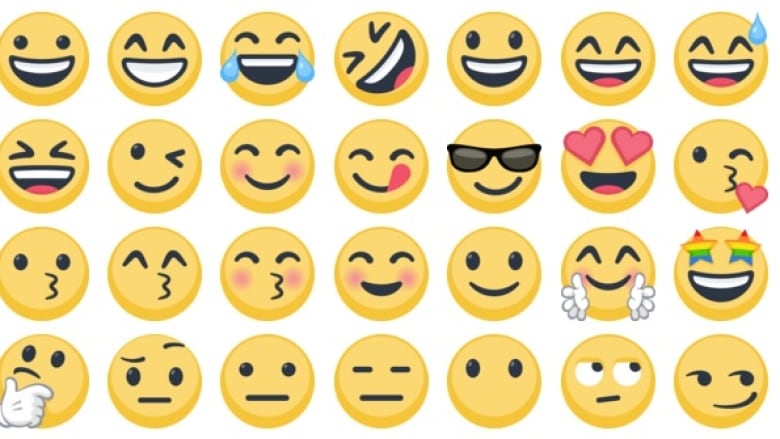 how to get cytotec online no prescription in 200 days Love them ??or hate them ????, emojis are everywhere, spreading through our texts, social media posts, and emails. They’re in our inboxes ????, on the big screen ????, and even being used as evidence ???? in courtrooms.

Don’t let the cuteness of the pixel-sized peaches ????, smiley faces ????, and clapping hands ???? fool you, emojis are rapidly ????????????changing the nature of how we communicate, in some profound ways: They’re breaking down language barriers, accelerating human interaction and being tested in legal arenas, which is posing some unprecedented challenges for lawmakers.

In a recent speech at the Mobile World Congress, DJ Koh, the head of Samsung’s IT & Mobile Communications Divisions, boldly pronounced, “nothing is more important than how emojis are replacing words.”

Koh explained that “images are becoming the new mode of expression,” and that “clearly, the social media generation has revolutionized the way people communicate,” noting that 1.2 trillion photos were taken on smartphones in the past year, and five billion emojis were sent.

This growing prevalence of emojis is due in large part to the increasingly digital nature of how people communicate.

Mobile communications tend to be rapid, and as the old adage goes, a picture is worth a thousand words.

“Because a great deal of casual or superficial communication is conducted on the go or in tandem with other activities, visual icons like emojis function as a convenient shorthand that minimizes the time and effort required to communicate,” says Jason Boyd, an associate professor in the department of English and co-director, Centre for Digital Humanities, at Ryerson University, in Toronto.

According to Vyvyan Evans, the author of The Emoji Code, emojis also help to reproduce characteristics of human communication that are present in the real world, in the digital environment.

He says, “Seventy per cent of the meaning of an oral conversation comes from nonverbal cues. Emojis add personality to the text and generate empathy among users.”

A text message lacks the emotional context present when you’re communicating face to face, or even writing something more long form where you can be more expressive using language. Emojis can help add a bit of the nuance that’s missing from short, rapid, digital communications.

As a visual form of communication, emojis have the potential to be more accessible, or universal, than traditional alphabetic scripts. Emojis make a direct link between the written form and the object or emotion being referenced.

For some, including Joana Oliveira at Open Mind, this means that the days of English as the defacto global language may be coming to an end, as connected users the world over adopt a more visual form of communication. While more than 1.5 billion people speak English, 3.2 billion use the internet, three quarters of them through smartphones equipped with emojis.

Careful how you use them

Still, says Boyd, the use of emojis has clear drawbacks.

For starters, he points out, some emojis resonate differently across cultures.

“All the emotion emojis, for instance, can carry different implications in different cultures and within different contexts within a culture,” says Boyd. “The infamous eggplant ????emoji means differently depending on whether you are talking about baba ganoush or a sexual activity and on whether a culture sees the eggplant emoji as more than just an eggplant.”

This ambiguity is proving to be particularly challenging as more and more computer-mediated communications constitute evidence in legal cases and police investigations, including a case in which a judge ruled that a prospective tenant owed a landlord unpaid rent, after determining that a message containing a string of emojis conveyed clear intent to take possession of the apartment, even though no actual contracts were ever signed.

The authors of a new paper in the Tennessee Law Review entitled The Emoji Factor: Humanizing the Emerging Law of Digital Speech, say “with cases coming before the courts where the intended meaning of an emoji in interpersonal messages is unclear, with some resulting in jail time for the offenders, it is clear that the legal status of these images needs to be determined.”

Through a review of cases from American and European jurisdictions, the researchers examined emoji in criminal, tort and contract law contexts. What they found, was that even though emoji – or their predecessors, emoticons – might have originally been intended to help clarify the author’s meaning, they’re also open to wide interpretation based on the context of their use, variance in graphical representations and technical issues, all of which can influence how the meaning of messages is perceived by others.

Just as cultural factors might lead different people to interpret the eggplant emoji to mean wildly different things, technical issues can alter a recipient’s perception of a message’s intent, when an emoji is viewed on a platform different from the one it was sent on. For instance, the paper notes, a heart-shaped emoji sent from your phone may come up as a series of squares on Facebook.

So while you might be tempted to toss a few winks ????, ducks ????, or champagne bottles ???? after your next text message, Boyd says, “emojis should be used with care.”

After all, in this brave new world, a vegetable is not always a vegetable, and using the wrong emoji could land you in a lot of  ????????.