Married to your phone? It’s designed that way — but you can break up

Concern grows that too much screen time can damage adults’ health 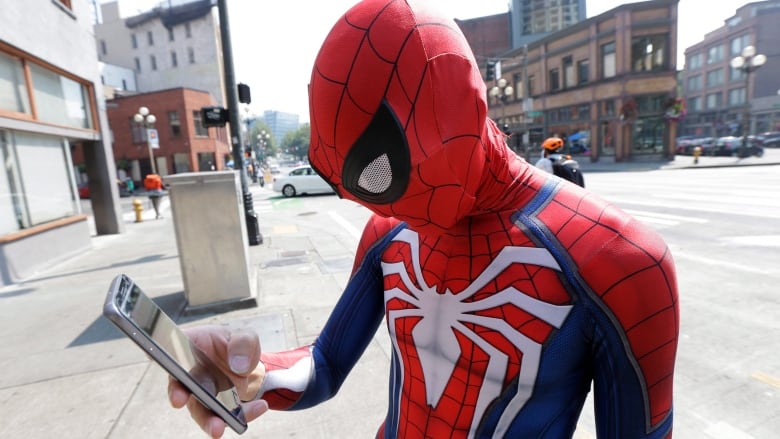 http://drrickforbus.com/uncategorized/the-excitement-and-fulfillment-of-discovery-coaching-part-2/ With brightly coloured screens, feeds that scroll on endlessly and videos that autoplay, digital devices and apps are designed to keep us hooked.

Now, some of the people responsible for creating those very apps and devices are raising concerns over their addictiveness, asking if the tools they’ve created could be a little too engaging.

Beyond the social ramifications of overusing devices, there’s growing concern that smartphone use and too much screen time can damage our physical and mental health.

According to Hyung Suk Seo, a professor of neuroradiology at Korea University, who led a small study looking at the brain patterns of teens reported to be “addicted” to the internet, those with an over-dependence on their devices are likely to be predisposed to depression and anxiety.

Meanwhile, others claim that overuse of digital tools is damaging our ability to concentrate, as scrolling and swiping between a never-ending array of links, videos and ads creates a seemingly constant state of distraction.

For children, the Canadian Pediatric Society offers guides on how much screen time is advisable, and the risks of overuse for young kids.

When it comes to implementing those sort of recommendations, according to the New York Times, several U.S. pediatricians have “warned that heavy digital device use in schools or for homework could have unintended physical and emotional consequences for students, including vision problems, interrupted sleep and device compulsion.”

This has prompted legislation in Maryland requiring state education officials to develop optimum health and safety practices for the use of digital devices in schools, the Times says. If Gov. Larry Hogan does not either sign or veto it before May 28, the measure will become law without his signature.

But there are still no clear guides for adults to determine how much time in front of our devices is too much.

According to Tony Fadell, an engineer and designer who helped invent the iPod and the iPhone, that’s problematic.

In an op-ed for Wired, Fadell noted that while clear guidelines exist when it comes to maintaining a healthy diet — eating balanced meals and having access to standardized scales — we lack the equivalent to understand what a moderate digital life looks like.

For people who are concerned about their potential overuse of their devices, the Center for Internet and Technology Addiction at the University of Connecticut School of Medicine offers a smartphone compulsion test, with questions such as “Do you feel ill-at-ease or uncomfortable when you accidentally leave your smartphone in the car or at home, have no service or have a broken phone?”

Users can click through the test in a few minutes online to gauge their level of device reliance.

The catch is, while they claim that answering “yes” to five or more of the questions indicates that the user “may have a problematic or compulsive smartphone use pattern”, journalist Catherine Price, author of How to Break Up with Your Phone: The 30-Day Plan to Take Back Your Life, says, these days “the only way to score below a five on this test is to not have a smartphone.”

In other words, we’re all guilty of checking our phones at least a little more than we should.

What’s challenging is that even for users who are dismayed about how much time they spend staring at the screen, it can be hard to break the pattern. After all, devices and apps have been designed to maximize addictiveness.

As Tristan Harris, a former design ethicist at Google and a self-proclaimed expert on how technology exploits our psychological vulnerabilities, writes, many of the features that make slot machines so addictive are central to the design of smartphones.

“Addictiveness,” he explains, “is maximized when the rate of reward is most variable.”

And in keeping with Fadell’s healthy diet analogy, Harris explains that one way designers hijack users is “to keep them consuming things, even when they aren’t hungry anymore.”

News feeds such as the home screens of Facebook and Twitter are designed to automatically populate with more content to keep users scrolling, just as video platforms such as Netflix and YouTube autoplay the next video instead of prompting users to click Play, making it less likely that people will switch their attention to something else.

The best way to break these unconscious patterns is to become more aware of our behaviour. And it turns out, there’s an app for that, too. Moment is one example of a tool designed to give users a sense of how much they use their devices, and which tools or apps they use the most.

According to Kevin Holesh, Moment’s creator, when you’re scrolling through an endless news feed or watching trailers to pick your next Netflix show, “you have blinders on to the time passing. That makes it hard to estimate how long you’ve actually been on your phone.”

Holesh notes that once people start tracking their digital usage, they tend to adjust their behaviour. He says the average customer “drops 19 minutes from their daily screen time in the two weeks after installing Moment.”

But for Fadell, the onus to step away from the screen shouldn’t fall solely on users.

“To see any widespread behaviour change,” he writes, “the companies that make the devices need to integrate features that give users more control.”

According to Fadell, Apple has the ability to “solve this problem at the platform level, by letting people track their digital activity in detail and across all devices.”  With this  information, he says, people could set targets and adjust their behaviour accordingly.

Fadell says Apple is in a unique position to help change the dynamic between people and their smartphones.

Unlike tech companies such as Facebook and Google, which make money based on eyeballs and have a vested interest in encouraging users to spend as much time glued to the screen as possible, “Apple’s business model revolves around people buying more devices, not necessarily spending more time on them.”

Thus there’s an argument to be made that if Apple can help people spend less time using their products, customers might actually be more comfortable buying more of them, knowing they have that extra control.

These intensely personal devices have helped connect us to the digital world’s never-ending array of friends, entertainment and information. But to stay a step ahead, their next challenge is tempering a bit of that allure, and keeping us connected to the offline world, too.